For the past three years, the Biking South Baltic! project has brought together partners from Poland, Germany and Denmark to develop the southern section of EuroVelo 10 – Baltic Sea Cycle Route. With the successful project drawing to a close at the end of the year, the lead partner organised a final conference in Gdansk bringing together partners from across the Baltic region.

During the project, the partners have gained an understanding of the current status of the southern section of EuroVelo 10 by undertaking a detailed survey of the route, using the European Certification Standard methodology developed by the ECF, and undertaken an extensive user survey, utilising both counters, which were also installed as part of the project, and detailed questionnaires. This information was used to develop a long term strategy (to 2030) for the whole route. 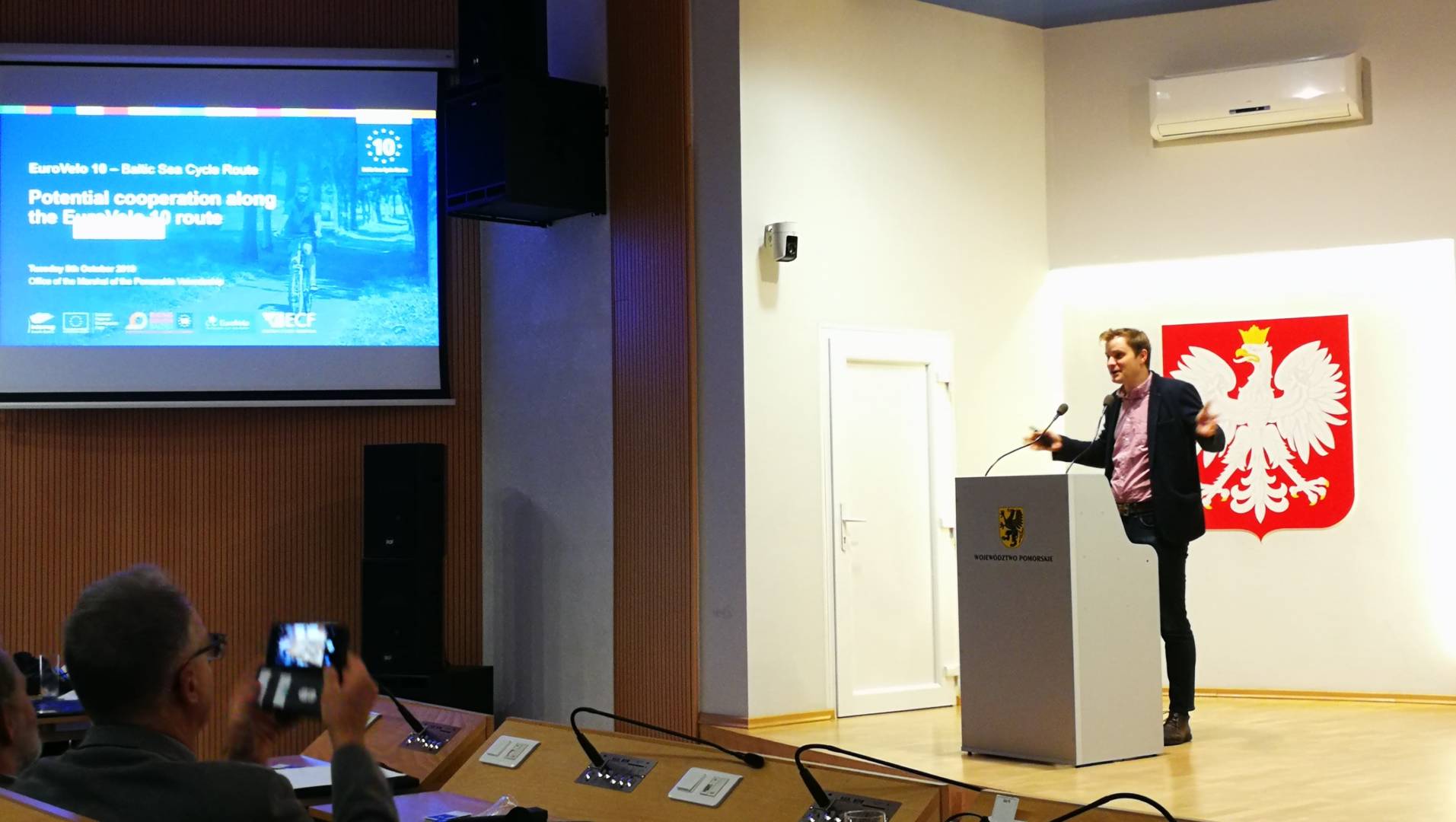 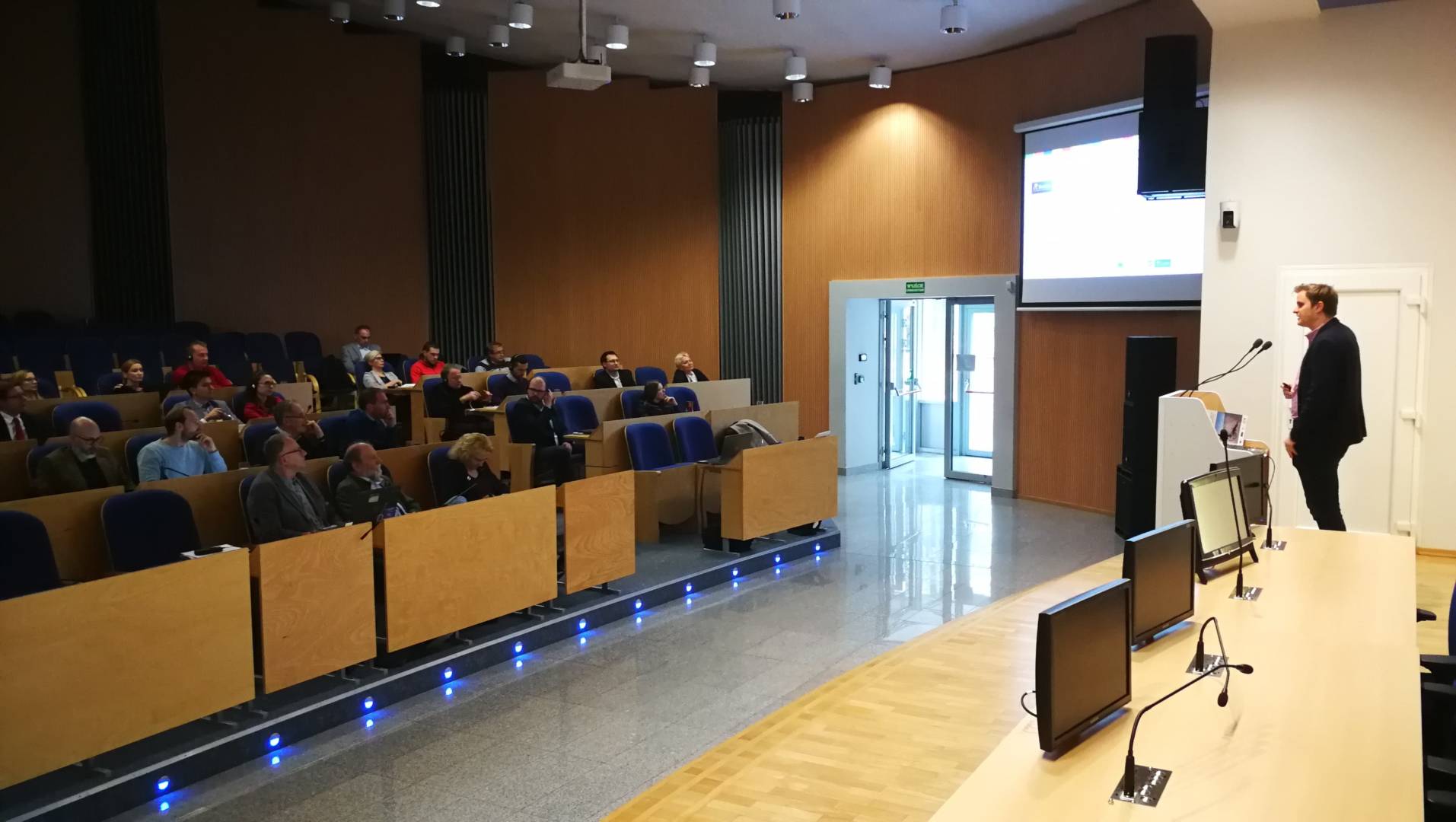 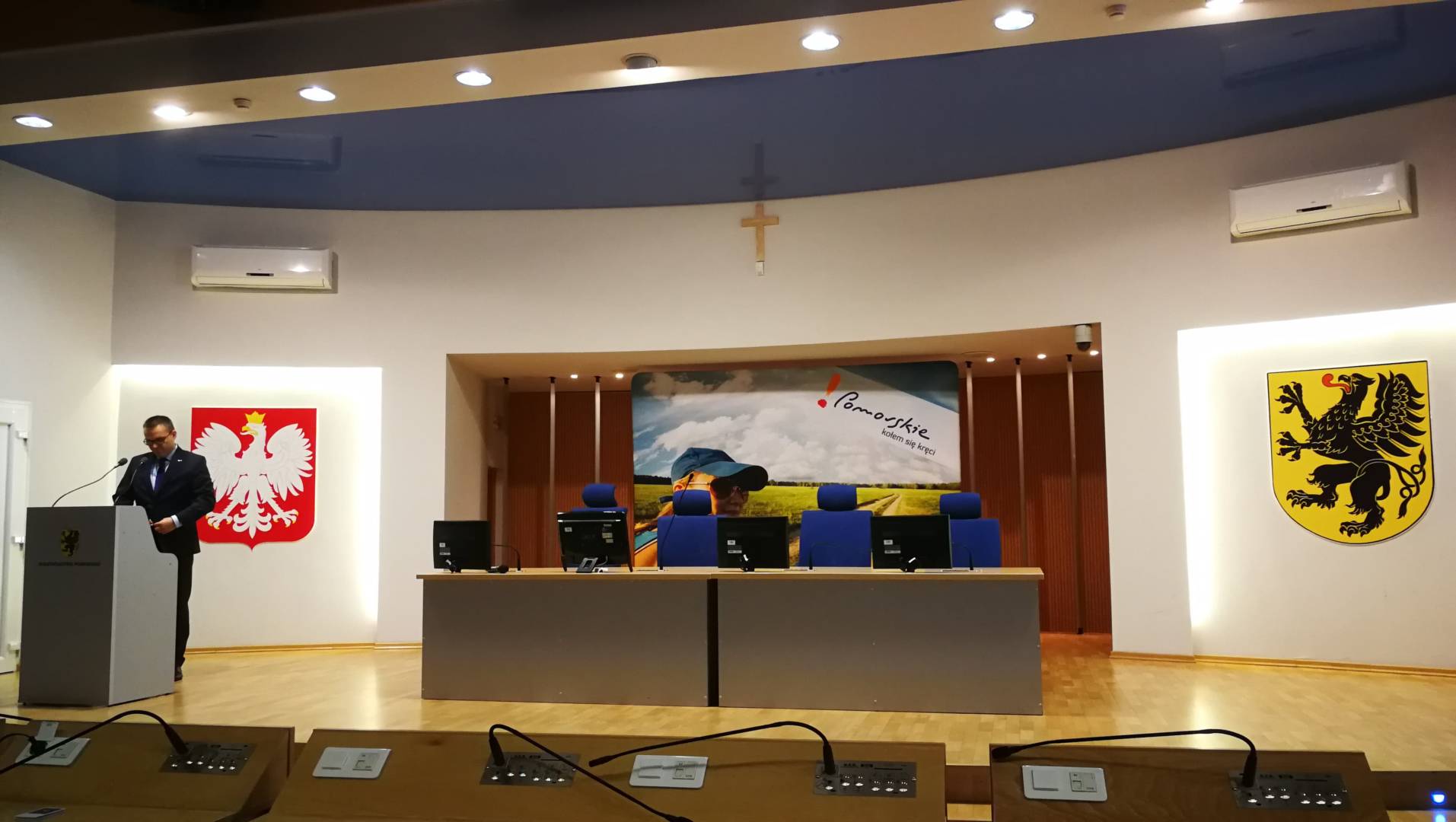 Some of other deliverables of the project sought to promote the route, including a transnational website and app (Android and iOS); a promotional video; the training of (cycling) tourism contact points along the route; and establishing and developing contacts between the public and private sectors working in this field.

All these deliverables and more were presented and discussed during the final conference held in the Office of the Marshal of the Pomorskie Voivodeship in Gdansk on Tuesday 8th October. In addition to the partners and other stakeholders from Poland, Germany and Denmark; there were also representatives from Sweden, Estonia and Latvia in the audience. The message communicated by the ECF’s Senior Policy Officer, Ed Lancaster, was that the project should mark the starting point for realising the full potential of the full EuroVelo 10 – Baltic Sea Cycle Route over the coming years. 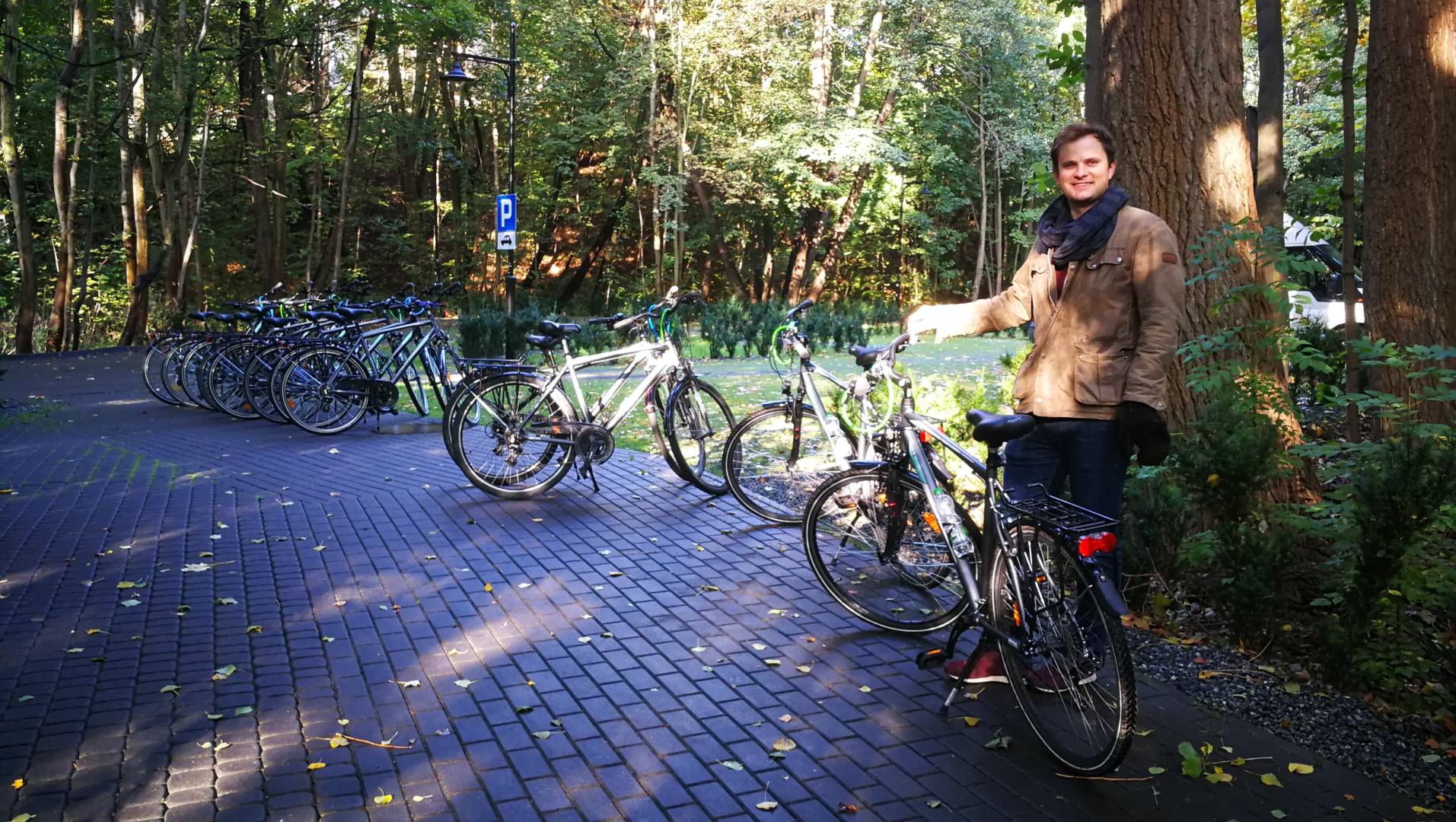 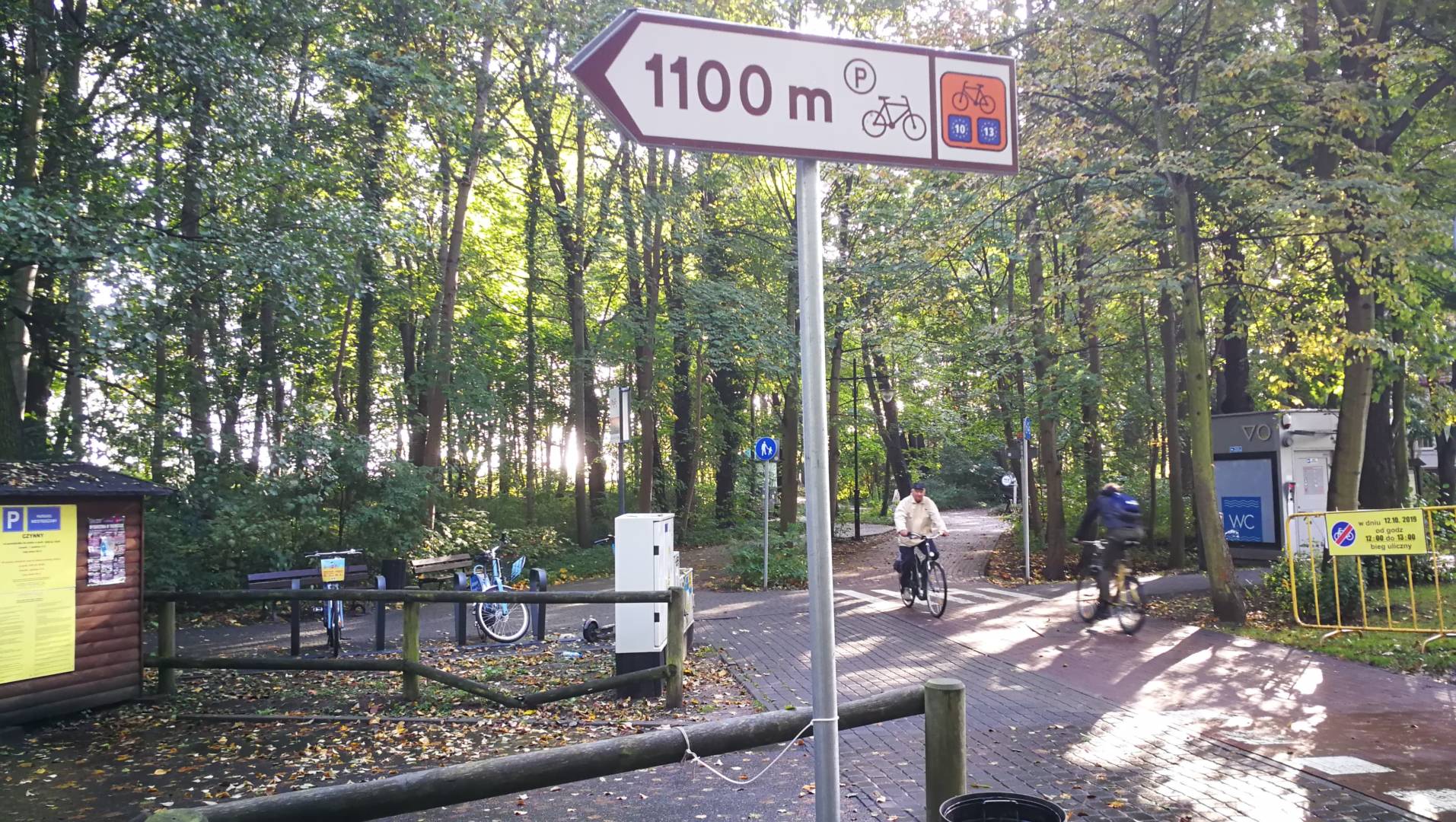 The ECF was one of 7 partners in the project: